Don was a faithful Roman Catholic of both Our Lady of the Presentation and All Souls Parishes, St. Louis, MO, and he was an original and longtime faithful member of CREDO of the Catholic Laity in St. Louis.

Don was blessed as he died with the comfort of loved ones by his side and attending to him in his last days and up to his last moment on God’s earth. Don had a wonderfully holy death; dying as he lived, being fortified with the Sacraments of Holy Mother Church and an Apostolic Blessing and wearing his Brown Scapular of Our Lady of Mount Carmel on his last day.

Don was privileged to be born unto faithful Catholic parents, Mr. and Mrs. John L. and Jessie L. (pohlig) Niesse, in the Archdiocese of Indianapolis, Indiana.

Don served his country in the Army Air Corps and later; he also served others as a wonderfully conscientious and fastidious teacher and later worked wholeheartedly, meticulously, and humbly, for many years as a mechanical engineer at McDonnell Douglas. 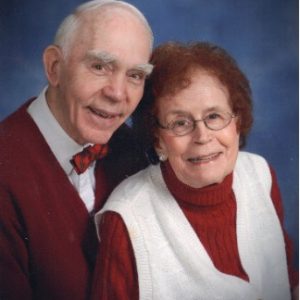 Aside from his parents, Don was also preceded in death by his dear wife, Joyce, on April 30, 2013 (nee Merz). Joyce served All Souls parish as their organist and director of an outstanding choir.

Don was also admired Godfather, cousin, nephew, friend, fellow parishioner, neighbor, and was beloved by many

Don had a passion for life and in particular, he was truly Pro-Life, beginning with the sacredness of Holy Matrimony, its eternally unitive and procreative purpose.

In that vein, he believed fiercely and lived by Our Lord’s and His Church’s doctrine of the indissolubility of Holy Matrimony.

Don also believed fiercely and lived, our One True regard for the sanctity of life at all stages, His Church’s Pro-Life stance. Don’s deep Pro-Life understanding and position was not superficial; it did not end at simply his efforts in stopping infanticide – called abortion – but he was adamantly against marriage lived outside of The One True Church including participation in contraception, as he knew it was against God’s plan for us living a truly joyful life.

A hard worker, diligent, lifelong learner, and relentless political truth seeker, Don assiduously researched and persevered in daily reading and study in both holy and worldly matters in his later years.

Don especially enjoyed reading The Wanderer newspaper and Culture Wars magazine, both stouthearted Catholic hardcopy publications, as well as watching Bishop Fulton Sheen, Newsmax, and his “old Presentation Church friend” Kristine (Canavan) Christlieb’s reports on the Catholic Evening News on ChurchMilitant.com on the computer or nightly on his cell phone.

Aside from reading, he enjoyed gardening, especially cultivating his precious portulacas, even up to his last days with us. Don practiced prudence fostering holy, healthy, and frugal living habits. He stayed abreast and enjoyed to discussing topics of the day thoughtfully and civilly, and laughed heartily, which brought joy to all around. Don is missed deeply by all who loved him.

In lieu of flowers, gifts in memory of Don may be made to one of his or your faithful, traditional, independent Catholic organizations. Don, following the Church’s principle of subsidiarity, and being careful not to participate in any part, in any evil, and being a good and faithful servant and steward, quietly gave virtually all he had to the Church in this way. 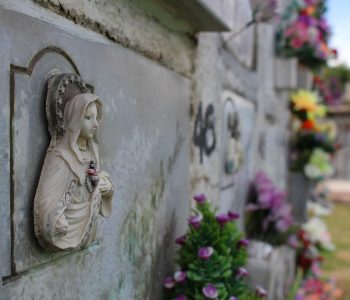