CREDO in the News 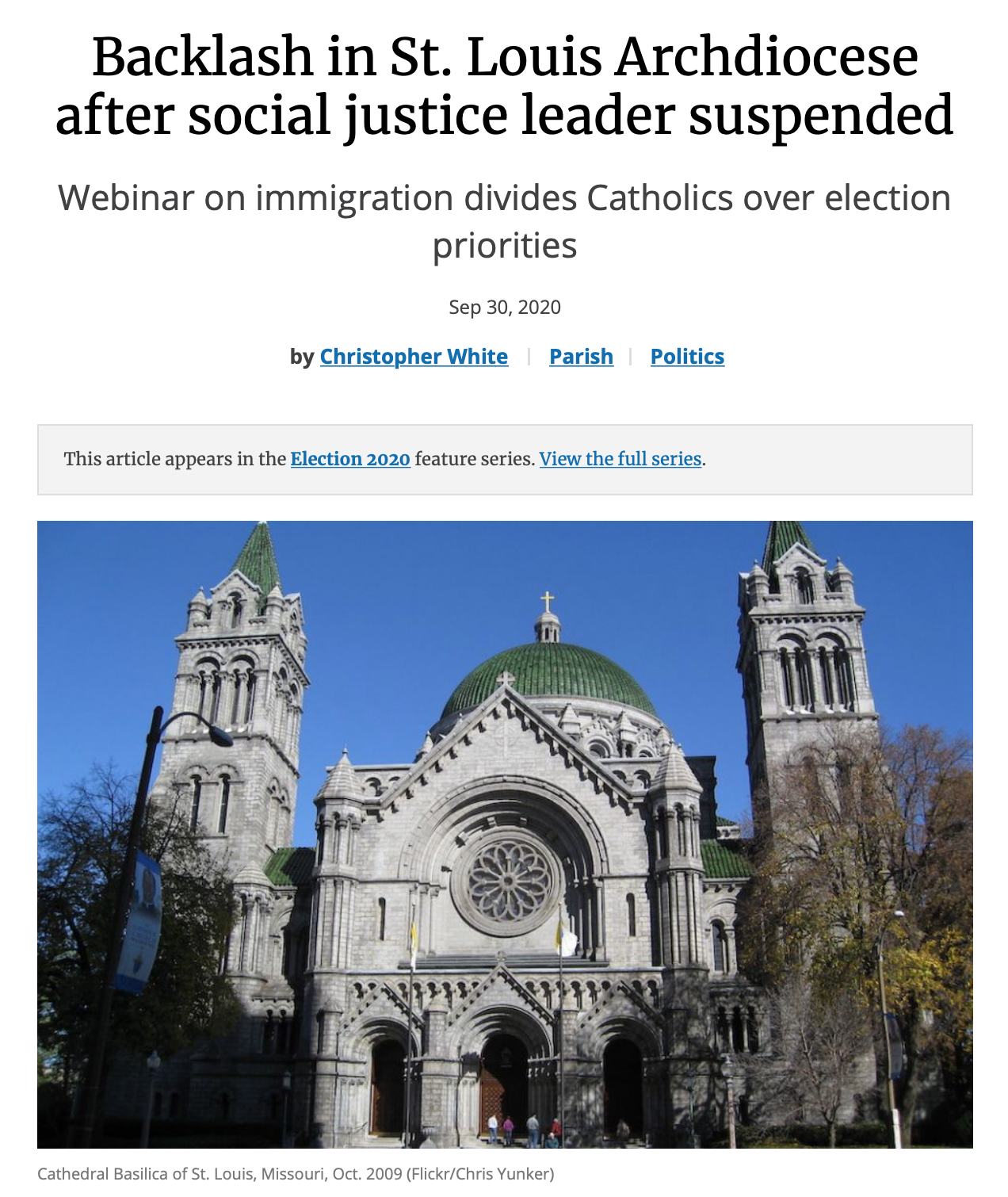 …Days after the webinar, a St. Louis group known as Credo of the Catholic Laity circulated flyers and emails urging Catholics to contact the archbishop and “halt the campaign by the Archdiocese of St. Louis to elect pro-abortion candidate Joe Biden.” Credo was founded in 1995 by men in the archdiocese concerned about its fidelity to church orthodoxy and wanted to help “save the church.”

Read the full article at: https://www.ncronline.org/news/parish/backlash-st-louis-archdiocese-after-social-justice-leader-suspended 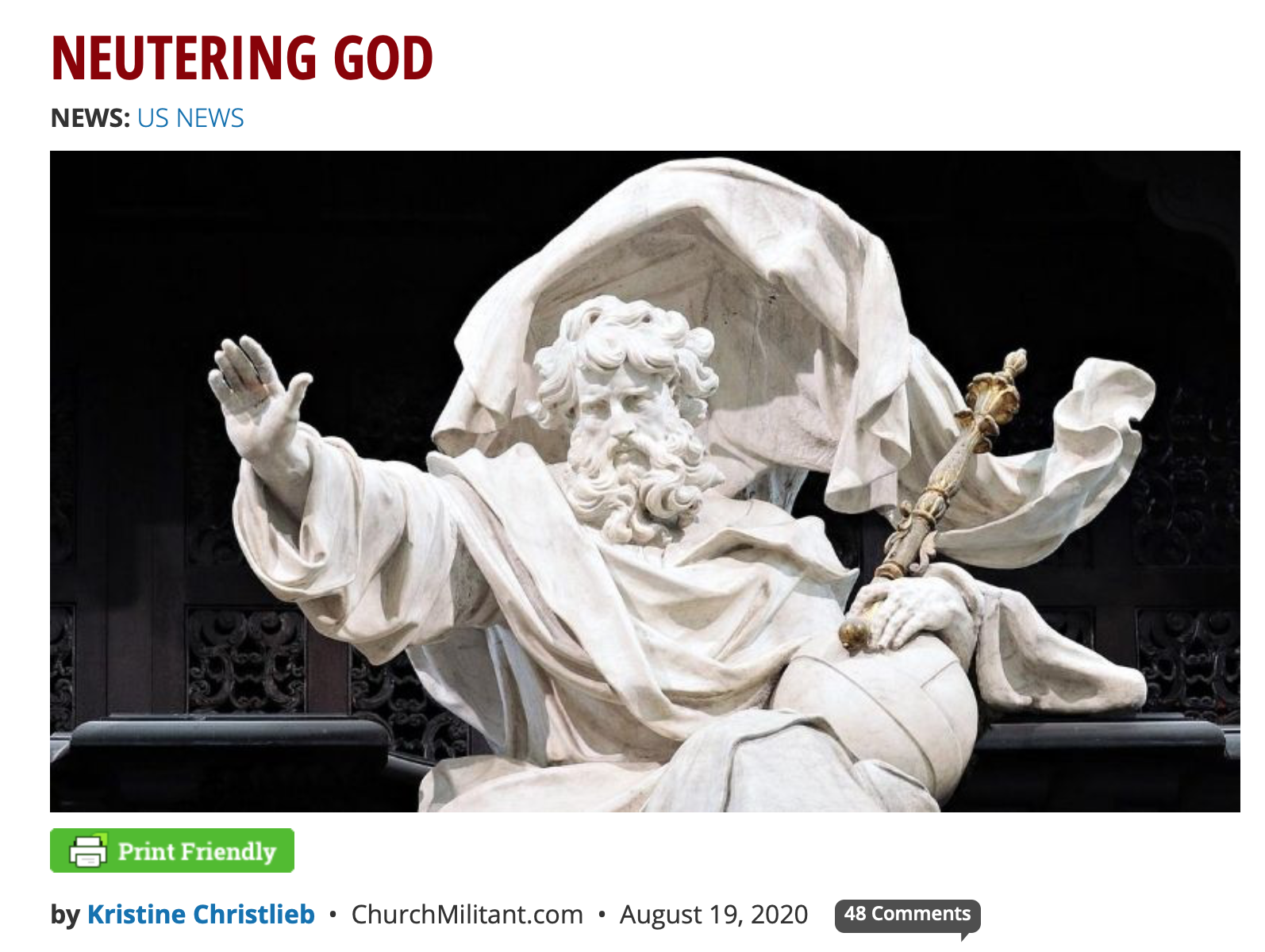 …Credo of the Catholic Laity, an organization of orthodox Catholics in St. Louis, strongly opposed the gender-neutral language. The group’s website details its opposition:

“This [gender neutral language] seems harmless. It is not. People who you think know better than you, who may hold an elected or paid position with the county or who you just think “must know more than me,” do NOT. Trust yourself and what every fifth grader has a sense of: common sense. The first rules of logic: the principle of non-contradiction! This simply put, means, a thing can’t be A and not be A. So God can’t be a He and not be a He. Taking away this masculine reference chips away at our Faith!”

Credo president Dr. Helen Gelhot blames Republican county council members for not getting the word out. Because they were in the minority, she believes the Republicans were not able to stop the changes from being proposed to voters, but she told Church Militant they could have done a better job of alerting voters to the danger.

“They’ll go to faith-based voters when they want votes but they won’t tell them when their Faith is being undermined,” Gelhot stated.

Read the full article at: https://www.churchmilitant.com/news/article/god-goes-gender-neutral

Dr. Helen Gelhot, President of Credo of the Catholic Laity supported the event, as did Paul Gewalt of Personhood Missouri, an affiliate of Person Alliance. They believe that granting the status of personhood to the pre-born is the best way to guarantee their rights under the U.S Constitution.

Read the full article at:  https://www.churchmilitant.com/news/article/cm-resistance 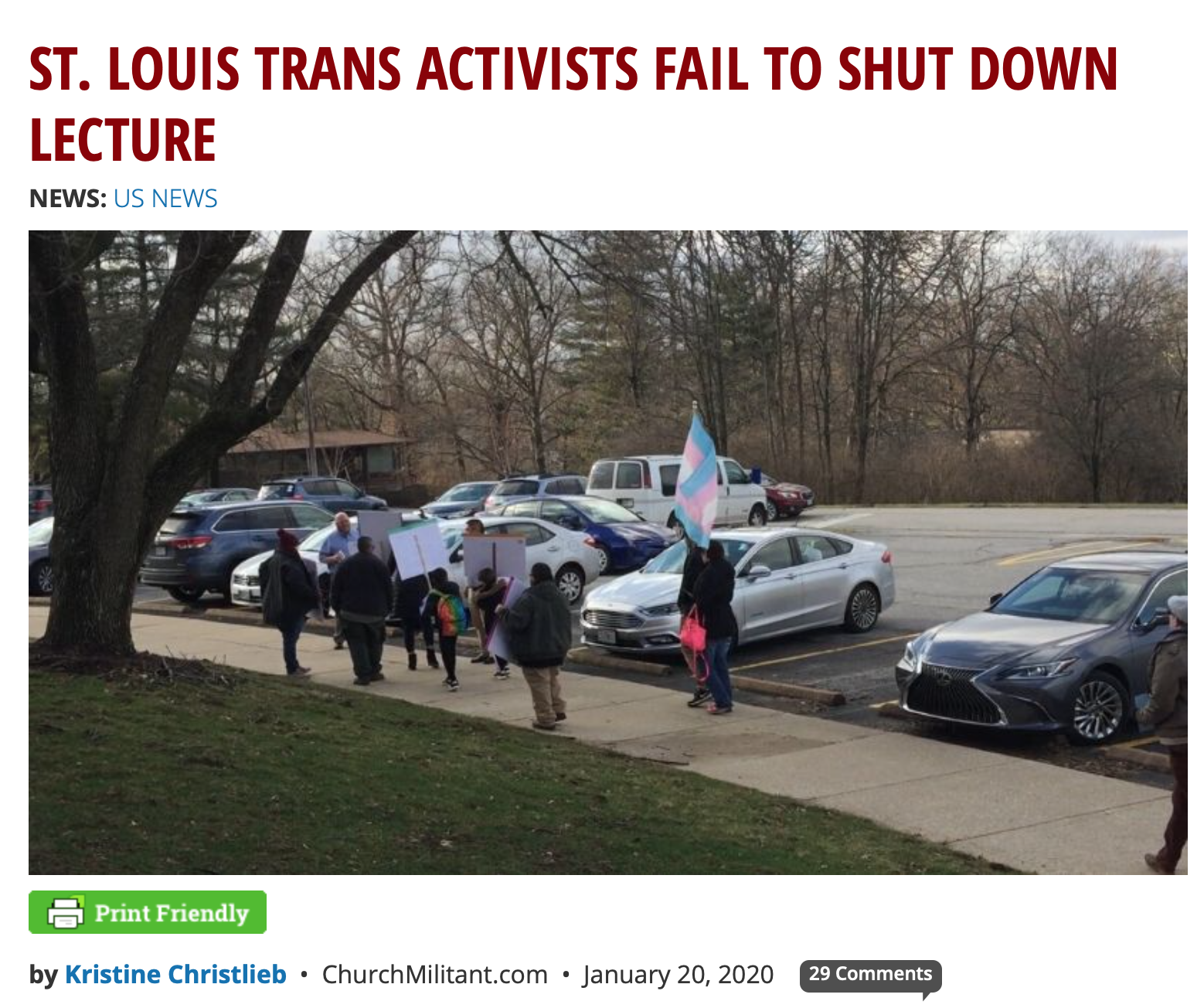 Read the full article at:  https://www.churchmilitant.com/news/article/st-louis-trans-activists-try-to-shut-down-lecture

…A review of past issues of Brain Stew shows that Gerth is likely the publication’s most photographed subject. It was Issue 3’s cover, with Gerth’s head photoshopped onto an image of the Sacred Heart of Jesus, that led the UMSL student to complain to media.

When members of St. Louis’ Serra Club were shown the image, they responded with shock.

“As a Catholic and a Missouri taxpayer, I am both angered and saddened by this publication,” said Dr. Helen Gelhot, who is both a Serra Club member and president of CREDO of the Catholic Laity.  “I understand the role of satire in public discourse, but this goes beyond satire. It is targeting Catholicism.”

Mockery of Catholicism at UMSL is particularly troubling since the Honors College is housed in what was once the Daughters of Charity’s Marillac Provincial House. The building was sold to UMSL and vacated by the nuns in 2002, and is considered the most beautiful building on campus.

Read the full article at: https://www.churchmilitant.com/news/article/catholics-targeted-in-missouri-university-publication

June 27, 2019—Cupich Not Impressed by Survey Results Calling Him ‘the Worst’

…Joined by Michael Hichborn, who was in St. Louis to speak at an event sponsored by Catholic lay organization CREDO of the Catholic Laity, approximately 50 protesters gathered outside the Airport Marriott Hotel on Monday to pray the Rosary and make their opinions known to the priests and sympathizers in attendance.

CREDO’s president, Dr. Helen Gelhot, M.D., said CREDO learned that the 2019 AUSCP annual meeting was going to be in St. Louis from faithful Catholics in the area “who know our mission to promote and defend Church doctrine and who keep us informed of these kinds of events.”

Gelhot said CREDO leaders felt compelled to respond as soon as they learned the meeting would be in St. Louis.

“We realized we didn’t have a choice, that we needed to let other faithful Catholics know what ideas were being promoted by this organization of priests who are so off-base,” she said. “We couldn’t let this pass; it would have been giving our consent.”

Read the full article at:  https://www.churchmilitant.com/news/article/cupich-not-impressed-by-survey-results-calling-him-the-worst