Find out about the Mass of the Ages documentary starting at 26:10: https://www.churchmilitant.com/video/episode/even-2021-08-12 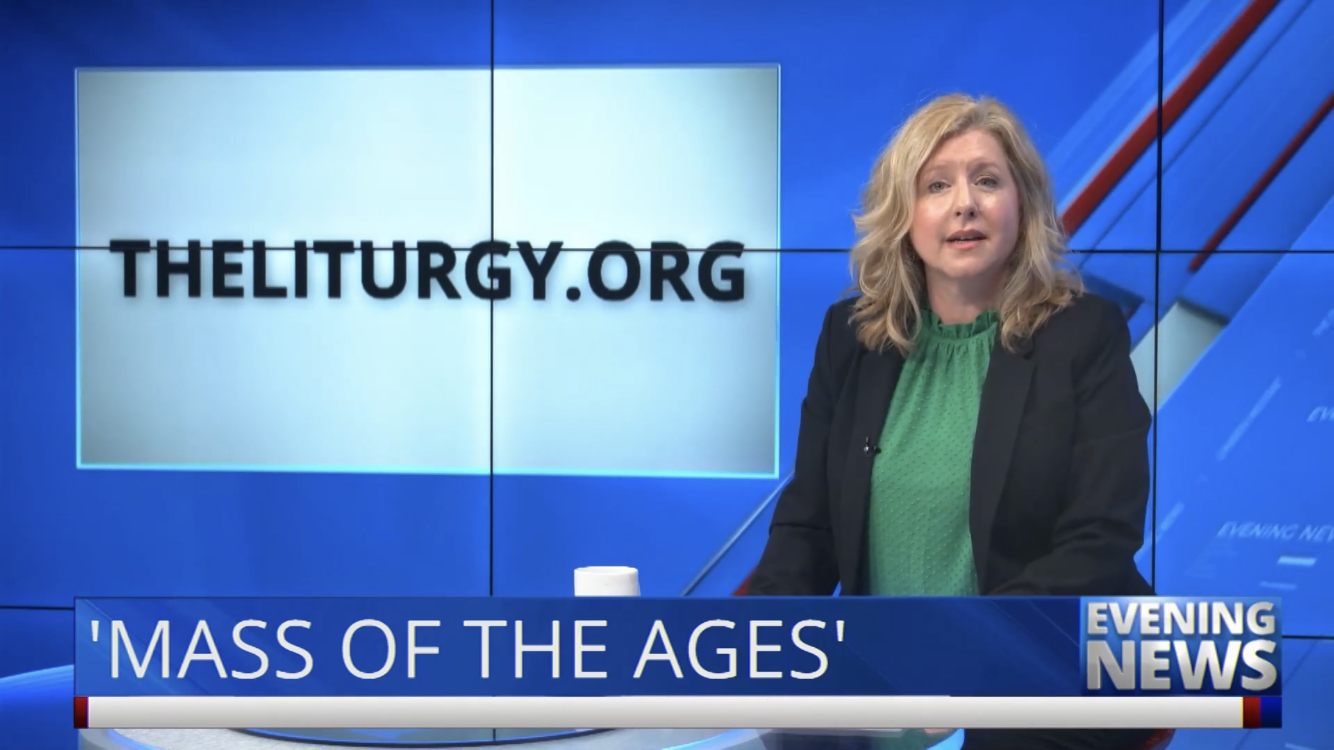 It is with great sadness, I tell you Howard Brandt, one of CREDO’s founder’s, has just lost his dear wife, Loretta. Loretta passed on Monday, August 9, 2021. Loretta, along with her dear husband, Howard, was a cornerstone of CREDO. We have now been able to gather good information to forward to you.

From its inception in 1995, until the last 6 years – as long as she was able – Loretta, working tirelessly, helped the CREDO Board with each and every CREDO newsletter and CREDO event with meticulous detail and perseverance. Loretta most lovingly hand printed the nametags for all CREDO events and often helped welcome CREDO guests!

One of their main goals was to have the Traditional Latin Mass (TLM) liturgy be brought back to life in our St. Louis Archdiocese and even taking hold at the Holy Family Log Church in their Belleville Diocese as well. Loretta often directed others to the TLM, as far back as 1985 at St. Agatha’s! She lived to see her work come to fruition in a miraculous way.

Loretta was a joy to those around her, if only through her kindly demeanor, even during her last days on earth. Requiescat in pace, our dear Loretta!

Visitation is at Assumption Catholic Church, 4725 Mattis Rd., St. Louis 63128 on Friday, from 10 until the Holy Mass at 11 a.m. Interment will follow at Mt Caramel Cemetery, Bellville, 12:30. In lieu of flowers donations to the Alzheimer’s Assn. appreciated. Funeral services are being provided by Kutis South County.

N.B.: It is our understanding Loretta’s Holy Mass offered will be in the Novus Ordo form.

END_OF_DOCUMENT_TOKEN_TO_BE_REPLACED

What You Can Do END_OF_DOCUMENT_TOKEN_TO_BE_REPLACED

CREDO of the Catholic Laity

It is a source of great joy for me to celebrate with you the 25th Anniversary of CREDO of the Catholic Laity. Your devotion to Sacred Tradition is nothing other than devotion to Our Lord Jesus Christ Who faithfully and generously comes to us in the Church through the unbroken Apostolic succession, through the Church’s teaching, through her Sacred Liturgy, and through her canonical discipline. For that reason, I was always grateful for your apostolate in the Archdiocese of Saint Louis and am grateful to be with you on this most happy occasion. I thank, in a particular way, Dr. Helen Gelhot for all that she has done to make the arrangements for my time with you. END_OF_DOCUMENT_TOKEN_TO_BE_REPLACED

Dr. John Henry Gelhot, passed away unexpectedly at the age of 75 on March 23, 2021 at Presbyterian Hospital, Albuquerque, New Mexico. A Roman Catholic of the Most Holy Name of Jesus Parish, St. Louis, MO, he was an altar boy, Boy Scout, Sea Scout and Member of CREDO of the Catholic Laity, St. Louis.  END_OF_DOCUMENT_TOKEN_TO_BE_REPLACED

The need to trust in the Lord, especially during this time, was made clear by Abp. Carlo Maria Viganò in a letter he penned to the American people on the evening of the election.

Viganò encouraged Americans to take heart in the midst of “electoral fraud” and “the shameful attempts of the mainstream media to censor the truth of the facts in order to give their candidate the advantage.”
He urged the faithful to place their trust in God — “in this terrible hour.”

“I ask you to make an act of trust in God, an act of humility and filial devotion to the Lord of Armies,” the archbishop implored. END_OF_DOCUMENT_TOKEN_TO_BE_REPLACED

This is a page to discuss concerns regarding St. Louis area Catholic schools in an attempt to ensure that these schools are truly Catholic. 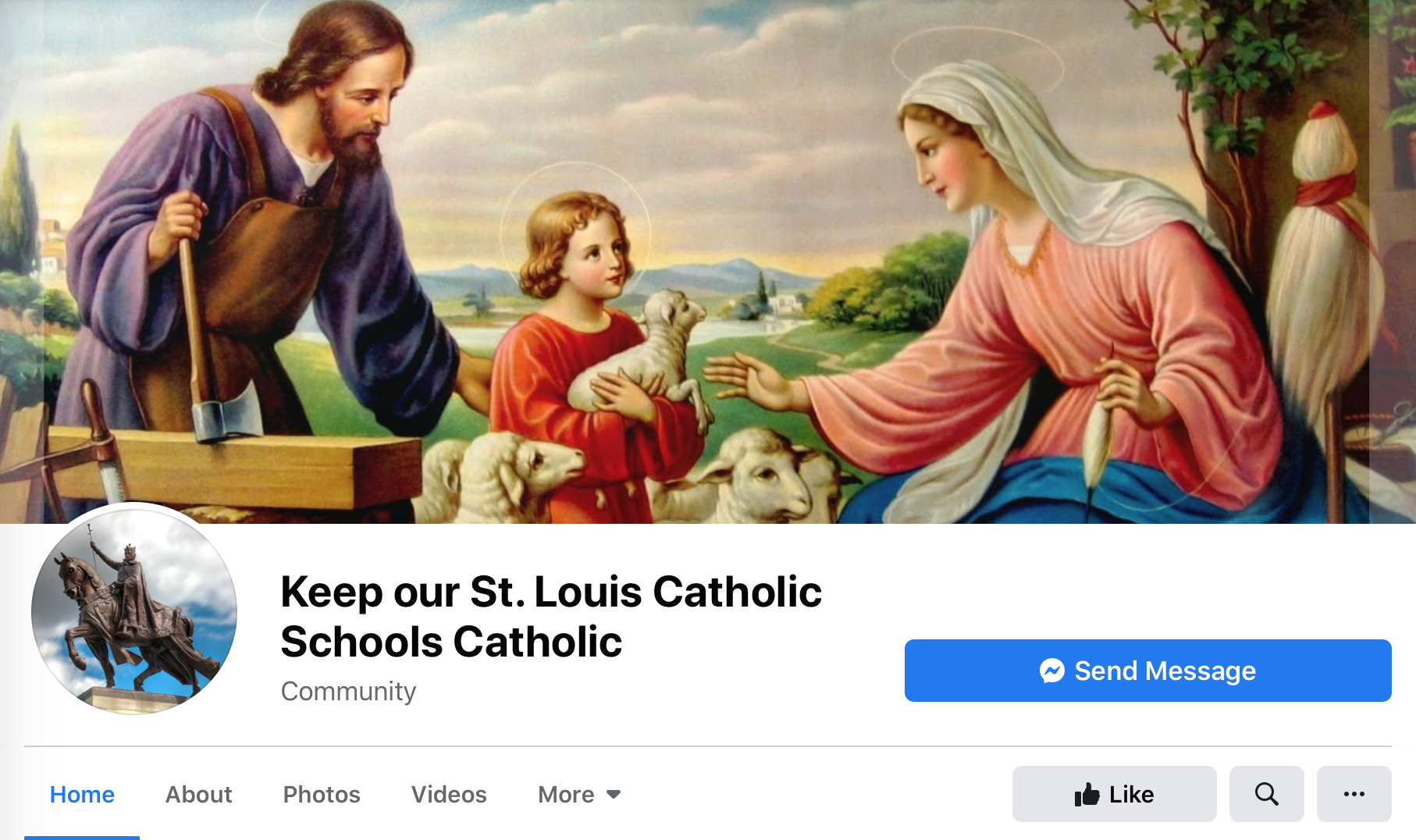 St. Louis’ own, Bishop Stika, a shining example to bishops in speaking LOUDLY and CLEARLY to the world via twitter!